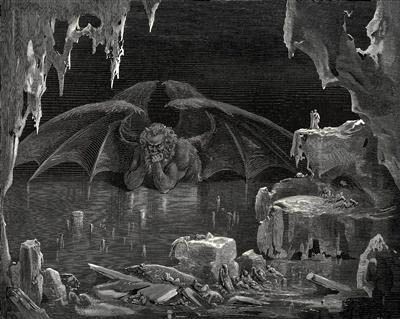 The names given to demons and devils by Christian and other believers over the millennia are legion.

It’s surprising to realize, though, that the king of them all in Christian thought, Satan, appears nowhere in the Old Testament/Hebrew Bible. It’s not until the Book of Job that he appears at all, and then only as a heavenly official with the title of Satan, meaning “Prosecutor.”

According to Job, the Prosecutor roams “to and fro on the earth” and takes his place among the other “sons of God” (bene elohim); his job is to report on earthly doings to the heavenly court (Job 1:6–7). Hardly a Devil disguised as a snake, as so many people envision him.

So who is Satan, and why is he a pillar of Christian thinking, if he’s not even featured in the Bible? 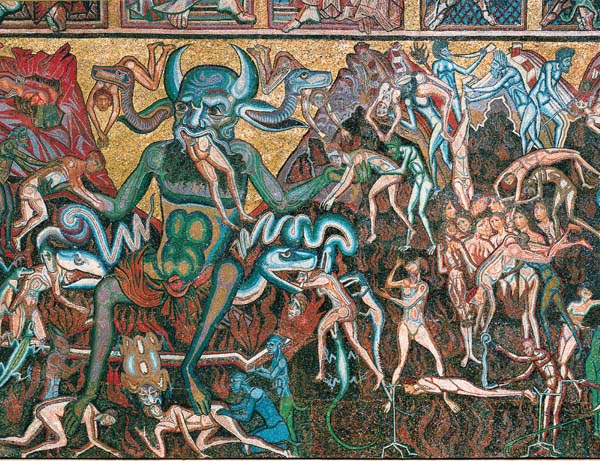 If Satan as we understand him today doesn’t appear in the Bible, how did he become such a central figure in Christianity? Certainly, as Prof. Propp points out, demonism is a comfortable way to explain why bad things happen to people both good and bad.

But the Jews rarely bothered with this philosophy, relying largely on their concept of a covenant with God to explain and control fortune. And, as already noted, Satan himself was actually a New Testament “heavenly official” who just “loved his work” torturing the innocent.

Still, anyone who has ever recited the Apostle’s Creed, including the line “He descended into Hell,” must wonder where to find the Satan who Jesus is thought to have successfully battled when he arrived in Hell, just before ascending to Heaven on the third day after the Crucifixion.

As it turns out, we must turn to later writers and theologians to find that Satan. Professor Heidi J. Hornik and Professor Mikeal C. Parsons explain that it was post-Biblical writers who created the apocryphal tale of Jesus descending into Hell, starting with an early church father, Ignatius (c. 50–107 C.E.), who describes the Old Testament prophets as disciples of Jesus, who came to them—apparently in Hell—and raised them from the dead.

Later tellings of these events come from the Odes of Solomon, an early collection of Christian hymns dating to about 100 C.E.; to Bishop Melito of Sardis (died c. 190 C.E.); and even the early Easter Liturgy, which combined reflections on 1 Peter with certain evocative passages from Psalms, taken out of context.

The tale was further enhanced and embroidered throughout the millennia, a path carefully traced by Professors Hornik and Parsons.

And about those other demons and devils …

Other scholars have tackled the subject of demonism and other evil beings who do appear in the Bible. For example, in “Who the Devil is Beelzebul?” Bradley L. Stein traces the evolution of Beelzebub (now made famous among even the youngest of non-believers thanks to the legendary song Bohemian Rhapsody by the rock band Queen).

Although this character, a “king of demons,” is often popularly equated with Satan, even he is mentioned only in passing in three of the Gospels. Rather, Stein starts with textual mentions of the Canaanite fertility god Baal and explains the various transmutations of the name—thought perhaps to be an intentional debasement of a foreign god, such as the mention of Baalzebub in 2 Kings 1—to eventually become the Beelzebub we know today.

As puzzling as it may be, it’s clear that the study of demons, devils, and Satan himself is equally fascinating. The Biblical Archaeology Society’s renowned library contains many intriguing articles to help scholars undertake this study themselves.