A real battle, or a symbolic one? Did it happen in the past, or is it yet to come? Here’s your one-stop info shop for the end of the world

In popular speech, Armageddon has become a term for the final military battle of world history. It also has an extended meaning and can refer to any devastating conflict, whether or not it would be the final one. Thus, during the Cold War, people feared that World War III would bring about a “nuclear Armageddon,” even if the human race survived. (Editor’s note: With war now raging in Ukraine, people are asking these questions again.)

The basis for this idea is found in a passage in the book of Revelation that describes the trio of evil beings—the dragon (i.e., the devil), the beast, and the false prophet—who disgorge “three foul spirits like frogs” that “go abroad to the kings of the whole world, to assemble them for battle on the great day of God the Almighty.” These kings then assemble “at the place which is called in Hebrew Armageddon” (16:13-16). 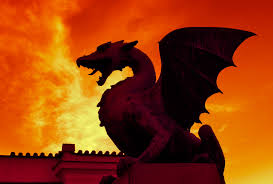 We are told that “they will make war on the Lamb [i.e., Jesus], and the Lamb will conquer them” (17:14). This conflict is described in Revelation 19:11-21, and the outcome is that the beast and the false prophet are captured and thrown alive into hell, while the devil is bound for a thousand years so that he cannot deceive the nations during the millennium (20:1-6).

However, the devil is afterward released, and he deceives the nations and again gathers them for battle. His army is then destroyed by fire, and he is thrown into hell alongside the beast and the false prophet.

Contrary to popular usage, then, Revelation depicts Armageddon not as the final battle of history, but as one preceding the reign of Christ.

Scholars debate the precise meaning of the name Armageddon. The Greek word John uses is harmagedôn, but he tells us it is of Hebrew or Aramaic origin. The term har means “mountain,” and Megiddo was an ancient city in Israel, so most scholars have understood Armageddon to mean “the mount of Megiddo.”

Megiddo sits in the middle of a valley. As an ancient settlement that long predates the founding of Israel, it has been rebuilt numerous times, resulting in it sitting atop an artificial hill made up of the residue of all its earlier versions. This artificial hill may be the “mount” that John is referring to. Alternately, some scholars suggest, it may be a true mountain that is near Megiddo, such as Mount Carmel.

Whatever the case, Megiddo has a long history as the site of battles. It was a strategically important location, and numerous battles have been fought there, both before and after the founding of Israel. Revelation thus invokes its history as a site of warfare.

The question is how literally the conflict involving Megiddo and Armageddon should be understood. Many premillennialists—and especially dispensationalists—see this as a literal military conflict that will occur in Israel, with forces led by the Antichrist, just before the beginning of the earthly reign of Christ in the millennium.

However, there will not be an earthly reign of Christ before the end of the world. (You can read more about this in my 20 Answers booklet, “The Book of Revelation.”) Instead, the millennium is best understood as the reign of Christ that is occurring now in heaven and, through his Church, on earth (Catechism of the Catholic Church 680). The battle of Armageddon thus might be understood as related to the Jewish War of the A.D. 60s, when the forces of pagan Rome (“the beast”) attacked Jerusalem and destroyed its temple.

Alternately, it may be understood not as a literal military conflict, but as a spiritual conflict between the forces of paganism and the gospel, which led to the devil being bound so that he could not stop the proclamation of Christ to the nations. Revelation would be depicting this spiritual conflict in military terms and drawing on the history of Megiddo as a site of warfare as part of that imagery.

However Armageddon is to be understood, Revelation does predict a future conflict at the end of the Christian age, and it may involve military as well as spiritual elements, including the involvement of the Antichrist.