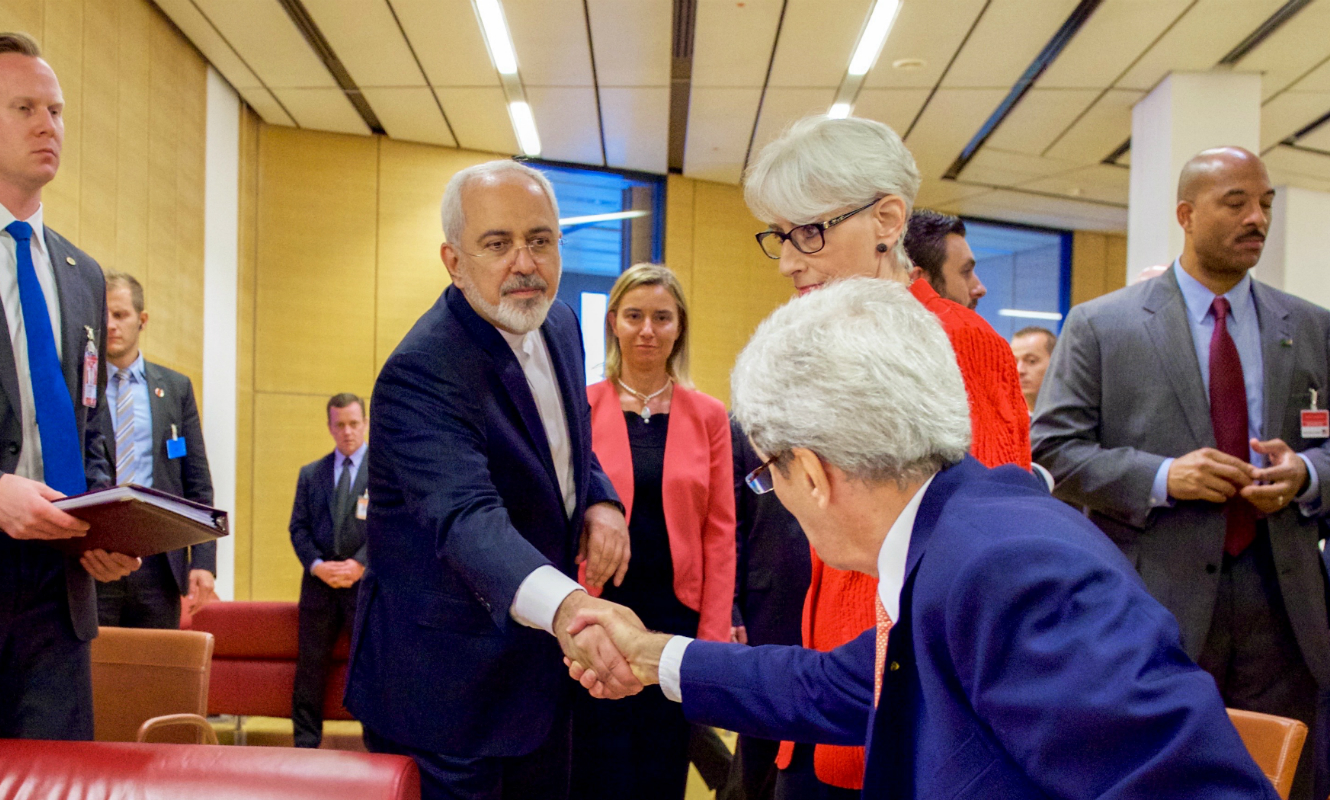 U.S. Special Envoy for Iran Robert Malley has confirmed that diplomatic efforts to revive the Iran nuclear deal originally signed by U.S. President Barack Obama are at an impasse. “We do not have a deal with Iran, and prospects for reaching one are, at best, tenuous,” Malley told the Senate Foreign Relations Committee during a hearing on May 25.

When asked if he knew about efforts by Iran to hide its prior nuclear work from the International Atomic Energy Agency, Malley responded: “Senator, did Iran lie? Of course. Did Iran have a covert nuclear program? Absolutely. That’s the reason why prior administrations imposed such crushing sanctions on Iran.”

Senate Foreign Relations Committee Chairman Bob Menendez (D-NJ) asked: “Why is it that we are still keeping the door open? What is your Plan B?” Malley admitted that the Biden administration does not have a back-up plan to prevent Iran from obtaining a nuclear weapon.

The negotiations to revive the 2015 agreement, formally known as the Joint Comprehensive Plan of Action (JCPOA), have been stalled since March 2022. The main stumbling block to a final deal is Iran’s demand that the Biden administration delist the Islamic Revolutionary Guard Corps (IRGC), an elite branch of the Iranian military, as a foreign terrorist organization (FTO).

U.S. President Donald J. Trump withdrew from the JCPOA in May 2018 and reimposed sanctions because the deal gave Iran a pathway to nuclear weapons. In April 2019, the Trump administration designated the IRGC and its elite Quds attack force as an FTO because of Tehran’s support for terrorist activities. In March 2020, Joe Biden, as a presidential candidate, pledged to rejoin the 2015 deal if he were elected president.

Although the Biden administration says it has no intention of delisting the IRGC, it has repeatedly lifted sanctions to coax Iran back to the negotiating table. Political observers say there is no reason to believe Biden would not make more concessions if it meant saving the deal — and President Barack Obama’s foreign policy legacy.

On April 26, U.S. Secretary of State Antony Blinken told the Senate Foreign Relations Committee that “the only way I could see the FTO being lifted is if Iran takes steps necessary to justify the lifting of that designation. So it knows what it would have to do in order to see that happen.” He also argued, however, that the FTO designation “does not really gain you much” and may do more harm than good.

On May 25, Malley appeared to say that delisting the IRGC was still a possibility: “We’ve made clear to Iran that if they wanted any concession on something that was unrelated to the JCPOA like the FTO designation, we need something reciprocal from them that would address our concerns. I think Iran has made the decision that it’s not prepared to take the reciprocal steps.”

On May 4, the United States Senate passed a non-binding motion prohibiting the Biden administration from revoking the IRGC’s designation as an FTO. The resolution, which passed by a vote of 62-33, with 16 Democrats voting in favor, also called for any potential return to the JCPOA to address the “full range of Iran’s destabilizing activities, including development of the means of delivery for such weapons (and ballistic missiles), support for terrorism and evasion of sanctions by individuals, entities and vessels in the trade of petroleum products with the People’s Republic of China.”

The Biden administration has not fixed many of the original deal’s main flaws, especially so-called sunset provisions that would have lifted restrictions on Iran’s nuclear enrichment program by 2031 or sooner.

Like the original, the revised deal is weak on verification, does not require Iran to dismantle its nuclear infrastructure, and fails to address Iran’s ballistic missile program. It also turns a blind eye to the Islamic Republic’s human rights abuses and its destabilizing activities in the Middle East and elsewhere.

Why would the Biden administration agree to a revised deal that does not prevent or contain Iran’s nuclear program, and actually reduces the so-called breakout time required for Iran to produce enough fissile material for a nuclear weapon?

Why would the Biden administration, or the Obama administration before it, agree to a deal that provides Iran with a clear pathway to nuclear weapons as restrictions on uranium enrichment and plutonium processing end between 2026 and 2031?

Many analysts argue that the nuclear deal — original and revised — is primarily about legitimizing Iran’s nuclear program. The deal, they say, is designed to strengthen, not weaken, the Islamic Republic. 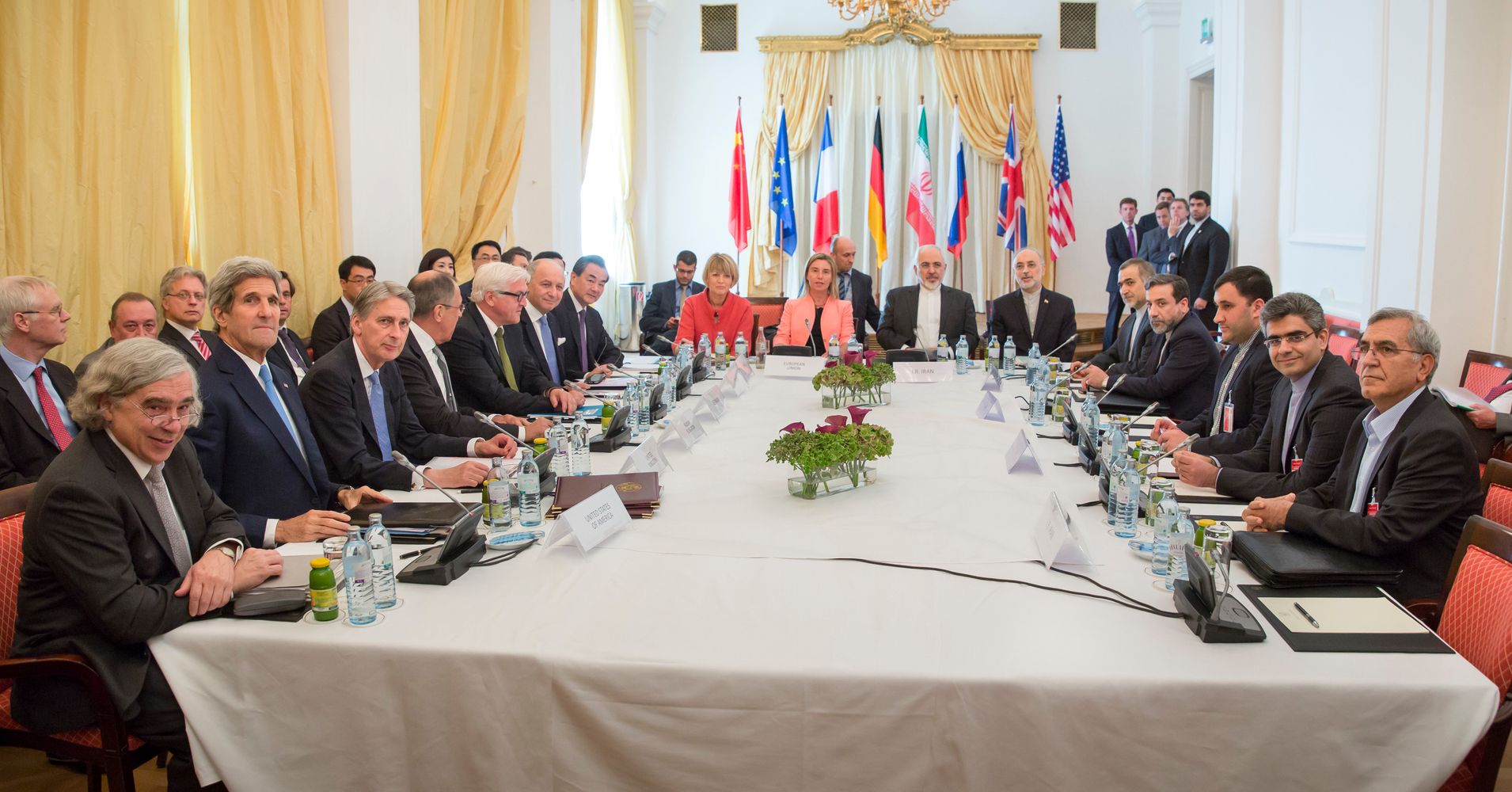 Picking Up Where Obama Left Off

Statements by Obama and his senior foreign policy advisors, the same people who are now advising President Biden, reflect a belief — a naïve one, many say — that if Iran were stronger, and traditional American allies — Israel, Saudi Arabia and Turkey — were weaker, the Middle East could achieve a new balance of power that would result in more peaceful region.

One of the first previews of Obama’s Iran policy was in an October 2013 opinion article — “Obama’s Diplomatic Opportunity” — published by The Washington Post. Columnist David Ignatius (once described as someone Obama used as a “public messaging instrument”) wrote that Obama wanted to “create a new framework for security in the Middle East that involves Iran and defuses the Sunni-Shiite sectarian conflict threatening the region.”

Ignatius compared Obama’s Iran policy to “the way President Richard Nixon (with Henry Kissinger) shaped the opening to China in the early 1970s and Presidents Ronald Reagan and George H.W. Bush (with Brent Scowcroft and James Baker) managed the end of the Cold War in the late 1980s.” He added:

“In the world that’s ahead, Iran must temper its revolutionary dreams of 1979, just as Saudi Arabia must stop hyperventilating about the ‘Shiite crescent.’ What’s around the corner is a new regional framework that accommodates the security needs of Iranians, Saudis, Israelis, Russians and Americans.”

In a January 2014 interview with The New Yorker, Obama said that his ultimate goal was “a new equilibrium” in the Middle East between the Sunni and Shia sects of Islam:

“If we were able to get Iran to operate in a responsible fashion — not funding terrorist organizations, not trying to stir up sectarian discontent in other countries, and not developing a nuclear weapon — you could see an equilibrium developing between Sunni, or predominantly Sunni, Gulf states and Iran in which there’s competition, perhaps suspicion, but not an active or proxy warfare.”

In an April 2015 Politico article — “Why I Like the Iran Deal (Sort Of)” — Admiral Mike Mullen, the former Chairman of the Joint Chiefs of Staff, wrote:

“A nuclear deal would also more fairly rebalance American influence. We need to re-examine all of the relationships we enjoy in the region, relationships primarily with Sunni-dominated nations. Détente with Iran might better balance our efforts across the sectarian divide.”

In an April 2016 interview with The Atlantic, Obama called for Saudi Arabia to “share the neighborhood” with Iran:

“The competition between the Saudis and the Iranians — which has helped to feed proxy wars and chaos in Syria and Iraq and Yemen — requires us to say to our friends as well as to the Iranians that they need to find an effective way to share the neighborhood and institute some sort of cold peace. An approach that said to our friends, ‘You are right, Iran is the source of all problems, and we will support you in dealing with Iran’ would essentially mean that as these sectarian conflicts continue to rage and our Gulf partners, our traditional friends, do not have the ability to put out the flames on their own or decisively win on their own, and would mean that we have to start coming in and using our military power to settle scores. And that would be in the interest neither of the United States nor of the Middle East.”