What’s interesting about the envelope? Notice there aren’t any postage marking on the package? When package get delivered USPS ink stamps over the postage stamps.

One more thing: look CLOSER. Who among you has mailed anything? A pipe bomb uses steel piping. Packages are charged shippinn BY WEIGHT. Do you think 6 stamps would cover that package? No way.

One more thing: look CLOSER. Who among you has mailed anything? A pipe bomb uses steel piping. Packages are charged shippinn BY WEIGHT. Do you think 6 stamps would cover that package? No way.

So if we’re to believe the state ry being fed to us, how does a device like this you could feel get accepted and moved along, with insufficient postage, and no postal markings????

The stamps are not cancelled, am I seeing this correctly. There is no stamp showing where the parcel originated.

That’s exactly right, exactly what i was pointing out. If it was at the mailing destination how’d it get there w/o USPS actually processing it? W insufficient postage no less? It didnt go through USPS. This was likely hand delivered.

If this is photo of actual parcel we may be looking at an inside job @ facilities. Logistically it is not probable that this many parcels arrived on the same day into multiple facilities. & tno post mark, no cancelled stamps & the postage affixed is questionable as to amount.

So this one went through the whole return-to-sender process, which brought it *back* to DWS office on the same day that the others were delivered? That timing makes zero sense.

Another suspicious package was sent – this time, to Debbie Wasserman-Schultz, the embattled former Democratic National Committee chairperson who worked to get Hillary Clinton the Democratic nomination for president over socialist Bernie Sanders.

This news comes shortly after suspicious packages were addressed to Hillary Clinton, George Soros, the CNN headquarters, and former President Barack Obama. CNN, of course, had time to announce someone sent them a suspicious package before being forced to evacuate the New York Time Warner center.

TRENDING:  You are 550% more likely to get a respiratory infection if you receive the flu vaccine

President Trump and Vice President Mike Pence both condemned the attempted bombings, with Pence saying these “despicable” acts have “no place in our country” and Trump adding that he agreed “wholeheartedly.”

We condemn the attempted attacks against fmr Pres Obama, the Clintons, @CNN & others. These cowardly actions are despicable & have no place in this Country. Grateful for swift response of @SecretService, @FBI & local law enforcement. Those responsible will be brought to justice.

But others are already claiming this could be a false flag. After all, several powerful liberals and left-leaning CNN are getting suspicious packages in the days before the election, yet none of the bombs detonated.

Zerohedge continues to monitor the situation and is currently posting updates as they receive them. Please click here to follow this news on the Zerohedge website.

In the meantime, is it possible that this is a false flag? It isn’t like one has never happened before, and the timing is impeccable. Suddenly, no is talking about the massive caravan of Honduran illegal immigrants that was sinking the Democrats.

Violence and mob attacks are the same whether leveled at someone you like or your political adversary. They should all be condemned and stood up to. https://www.nytimes.com/2018/10/22/nyregion/george-soros-explosive-device.html …

Don’t fall for this obvious false flag. He lives in a highly secured area. Plenty of cameras and guards. No one…and I mean NO ONE can approach his compound without his protection detail knowing. So, it wasn’t dropped off. And highly unlikely it made it past the USPS. #falseflag

But perhaps this is why Alex Jones continues to be censored on social media, as some speculate:

JUST IN: #CNN newsroom in New York is evacuated due to suspicious packagehttps://on.rt.com/9h5t 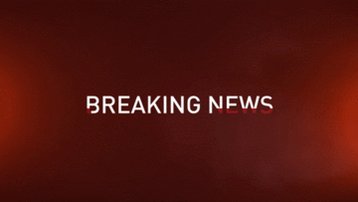 Alex Jones has been predicting this #FalseFlag for the past 2 weeks. We knew the dems would stage something for the #MidtermElections .

The article below was written back in August by Mike Adams of Natural News.

We are living under an Orwellian totalitarian regime beyond any horrific imagination. Google, Apple, YouTube, Facebook, Twitter and other tech giants are engaged in the most criminal, malicious racketeering and tyranny imaginable. This is not sheer coincidence. They’ve all been ordered to censor the independent media in preparation for what’s coming next. As I explain in this video, the most likely false flag assault to be staged by the Left might be a “mass shooting” at CNN or another media giant, all staged with impressive theatrics to augment the real violence with a false narrative. -Mike Adams, Natural News

The mainstream media is not reporting on the possibility of this being a false flag, but why would they? Instead, they are attempting to discredit anyone who has the guts to suggest that it could be. After all, it’s not like the U.S. has never stooped so low as to set up false flags…

Honestly, does anyone really believe this is anything more than a deep state false flag. I am sure the plan is to falsely claim it was sent by a Trump supporter.#falseflag #fakenews https://t.co/aC3hRXM8bu

How strange that Alex Jones is silenced and censored just before his prediction of an “October surprise” event occurs. Coincidence? Many think not.