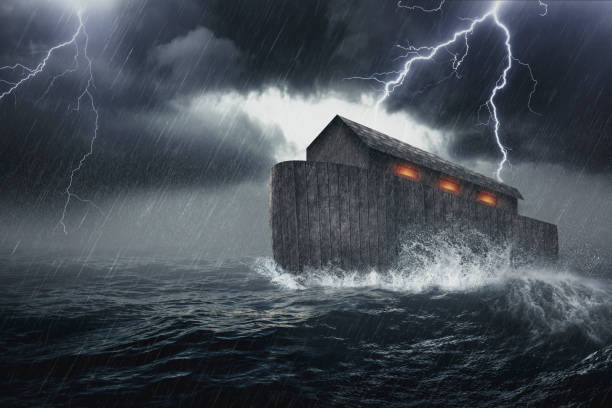 What did Noah’s ark look like? A short passage in Genesis gives us just a general description. In “Was Noah’s Ark a Sewn Boat?” Ralph K. Pedersen examines a passage on boat construction in the Epic of Gilgamesh and considers a boat type used in the western Indian Ocean for two millennia—the sewn boat. These examples provide a new understanding of what Noah’s ark may have looked like.

One of the most popular theories relating to the Genesis flood associates the Biblical event with a historical event in the Black Sea. If there was a massive flooding of the Black Sea around 5500 B.C.E., what does this have to do with Noah’s flood? In “The Search for Noah’s Flood,” Ronald S. Hendel suggests that since the Biblical narrative is associated with earlier stories from ancient Mesopotamia, the Black Sea might be a red herring.

The story of Noah and the Genesis flood has recently made it to the big screen in a special effects-laden Hollywood blockbuster called Noah. Some critics lamented that the movie doesn’t portray the Biblical account accurately. In “Biblical Views: Noah, Enoch and the Flood: The Bible Meets Hollywood,” Ronald S. Hendel points out that the Genesis flood has always had conflicting interpretations. Its Pentateuchal sources differ in a number of details, and Christian and Jewish texts have re-imagined the flood story for millennia. What can we learn from these interpretations?