Imagine that someone tells you that you have a disorder called hemophilia. If you get a cut, he says, it won’t heal. It’ll just bleed and bleed.

You know that you don’t have a blood clotting disorder, but this guy is just so insistent. He tells you so many times that you start to believe it. You become deathly afraid to do anything, lest you cut yourself even a little. Worse, you wonder if maybe you’re already bleeding internally somewhere and you’re dying without even knowing it.

This is how your life ends, the guy tells you, and you’re so gaslighted at this point that you just lie down to give up the ghost.

It seems like a fantastical scenario, but it’s not so far off from a true story. The guy is Matthew Fray. His book is called This Is How Your Marriage Ends.

In an excerpt at The Atlantic, Fray starts out like this:

The things that destroy love and marriage often disguise themselves as unimportant. Many dangerous things neither appear nor feel dangerous as they’re happening. They’re not bombs and gunshots. They’re pinpricks. They’re paper cuts. And that is the danger. When we don’t recognize something as threatening, then we’re not on guard. These tiny wounds start to bleed, and the bleed-out is so gradual that many of us don’t recognize the threat until it’s too late to stop it.

He goes on to describe how his wife divorced him because he habitually left a glass on the kitchen counter. But not really because of that. The glass symbolized a deeper problem: “What I know for sure is that I had never connected putting a dish in the dishwasher with earning my wife’s respect.”

The lesson in Fray’s article shows in the many words of sentiment he uses. His wife “communicated pain and frustration.” “Something hurt,” she said. “None of this dish-by-the-sink business felt anything like being loved.”

We can find detailed and beautiful explorations of the sacrament of matrimony in encyclicals like Arcanum Divinae and Casti Connubii and in the moving prayers of the nuptial Mass. But for our purposes, let us look to paragraph 9 of Humanae Vitae. “Married love,” as Pope Paul VI calls it, is fully human (by which he means freely chosen), total, exclusive, and fecund.

Notice what’s left out—there’s nothing about how marriage is supposed to feel. Married love has certain objective characteristics, regardless of whether it happens to “feel like” love in any given moment. Marriage is freely chosen one time, and thereafter it’s the continual living out of that permanent commitment, which doesn’t—which can’t—change with our feelings.

It may be feelings that get you into a marriage, but they can’t get you out.

This can be hard to hear. Things like mutual affection, kindness, and consideration may not be strictly necessary for marriage, but they tend to abound in good marriages. Yet even the good marriages have spouses who leave glasses on the counter. What are we supposed to do about that?

The answer is a sort of paradox. 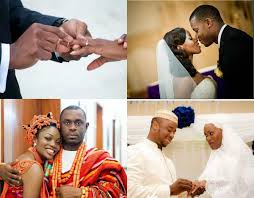 We know that, in a mystical way, husband and wife become one flesh because we make a vow to each other. But in the process, we also remain two individuals, each making a vow to God. This vow helps us remember what marriage is, even when the feelings aren’t there to remind us.

And so, spouses who stay mindful of their vow to God, who prioritize the purpose of the sacrament (getting the other to heaven), won’t count, catalogue, and memorialize fights about a glass on a counter. Such a wife might take care of the glass joyfully . . . or wistfully. Such a husband might likewise reform himself to love what seems at first like his wife’s inconsiderate behavior. In a rightly ordered marriage under God—exclusive, permanent, fecund—such little things can’t become the stuff of “The Same Fight,” as Fray calls it, bleeding continuously until the divorce. Because when the focus is on loving God by loving each other, there’s no power struggle, no tit-for-tat scorekeeping, no acrimonious campaign to establish who’s right. There are just two people working single-mindedly on the same goal.

The good feelings will blossom from there. As Pius XI puts it, when Christian spouses have “the weakness of their wills strengthened by the internal grace of God” and “shape all their ways of thinking and of acting in conformity with that pure law of Christ,” they will “obtain true peace and happiness for themselves and their families” (Casti Connubii 2).

For all Fray’s gloom and doom, the subtitle of his book is A Hopeful Approach to Saving Relationships. But his diagnosis and prescription are both flawed. Acting as if marriages were hemophiliacs won’t save them. In healthy organisms, and even in most unhealthy ones, tiny cuts don’t just keep bleeding forever. Instead, they heal—whether we’re actively treating them or just letting our immune system do all the work.

In a marriage, the treatments we apply are our active efforts to become more like God—to foster patience, forgiveness, forbearance, humility, and unconditional support. And the immune system, humming away under our efforts, is God’s grace. The true hopeful approach to saving marriages is to cooperate with that grace, that it may abound, by keeping our two discrete vows to God and to spouse, intentionally, no matter what.