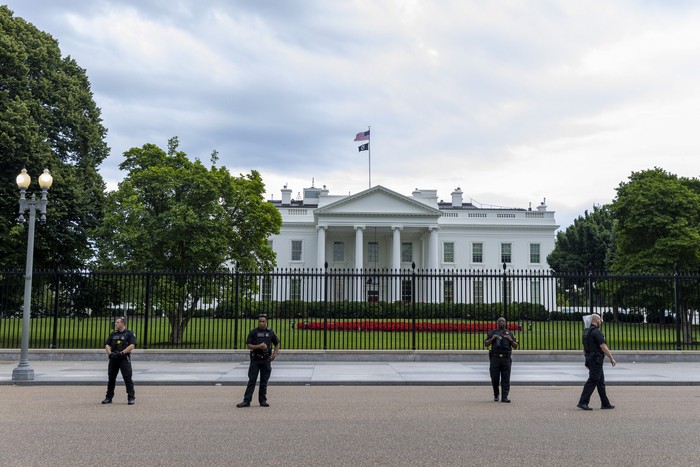 The motto of the U.S. Secret Service is “Worthy of trust and confidence,” but recently the agency has put that to the test.

This week, the inspector general for the Department of Homeland Security, which houses the Secret Service, informed Congress that the agency had deleted text messages from January 5 and 6, 2021—the day before and day of the attack on the U.S. Capitol that sought to disrupt the certification of Joe Biden’s victory in the 2020 presidential election—even though the inspector general’s office had requested that they be preserved as part of an investigation. (The IG is an in-house watchdog, whose powers are furnished by Congress.) The agency claimed that the messages were lost because of a “device-replacement program,” according to the inspector general’s letter, which was first reported by The Intercept.

A spokesperson angrily contested “the insinuation that the Secret Service maliciously deleted text messages following a request,” claiming it had independently begun resetting devices in January 2021 and saying that no texts were actually lost. (In a dark twist, the inspector general’s office is itself under investigation for undisclosed alleged misconduct.) The chair of the House committee investigating Donald Trump’s attempt to overturn the election said his panel would try to reconstruct the messages.

We’ll see where this story leads, but the Secret Service has long since forfeited the benefit of the doubt. Agencies try to flout their watchdogs all the time, and their excuses are frequently flimsy. But deleting records like this is pretty brazen, and if you’re willing to take the Secret Service’s excuse at face value, I’ve got some counterfeit $20 bills very real legal tender I’d like to offer you at a very reasonable price.

The disappearance of the texts fits with the agency’s recent pattern of behavior. As the Washington Post reporter Carol Leonnig, the foremost chronicler of the contemporary Secret Service, has written, “The Secret Service’s claim of being politically independent … was tested by Trump’s tenure in the White House.” In one major example, a high-ranking Secret Service official, Tony Ornato, made a deeply unusual move from a civil-service job to being deputy White House chief of staff. New agents were assigned to Biden’s protective detail when he took office, reportedly because of concerns that the old agents were too politically close to Trump.

Mystery shrouds the agency’s work on January 6—especially with records missing. During his speech at the infamous rally on January 6, Trump told attendees to march on the Capitol, and reportedly wanted to go himself. Secret Service agents refused to allow him, citing security concerns. The former White House aide Cassidy Hutchinson told the House committee investigating January 6 that Ornato recounted to her what happened next: Trump supposedly lunged at the steering wheel of a presidential SUV and tried to force an agent to drive him to the Capitol. Through a spokesperson, the Secret Service denied the story, and neither Ornato nor the agent have spoken about it publicly. But CNN reports that similar stories were circulating within the Secret Service for months, and a D.C. police officer reportedly corroborated the account as well.

Agents were involved in another strange episode a little later on January 6. As the Trump-incited mob breached the Capitol, Vice President Mike Pence was whisked to safety, and his security detail reportedly sought to get him into his armored limousine. But Pence refused, reportedly fearing that the agents would remove him from the building, which might have further disrupted the certification of Biden’s win.

The agency’s independence isn’t the only thing that looks shaky: so does the other pillar of its reputation, competence. This week, an employee staffing Biden’s trip to Israel was sent home after a reported physical altercation with a woman there. (This isn’t the first time an employee has been shipped back to the States for bad behavior.) In April, the FBI alleged that two men impersonating federal agents had fooled the Secret Service. And earlier this month, Biden announced that the agency’s chief was leaving to join the social-media company Snap (where at least he won’t have to worry about preserving his messages).

These incidents are just part of a string of snafus dating back more than a decade. During the Obama administration, the Secret Service allowed people to fire shots at the White House, permitted an armed guard to ride an elevator with the president, got into trouble overseas, and had car accidents after drinking. Officials were repeatedly sacked—including one who was investigating agents visiting sex workers overseas, until he himself was arrested in a prositution investigation.

This sort of haplessness is entertaining when it’s the Keystone Kops doing it on celluloid. But when the issues involved are as serious as the life of the president or attempts to subvert an election, laughter doesn’t come so easily.