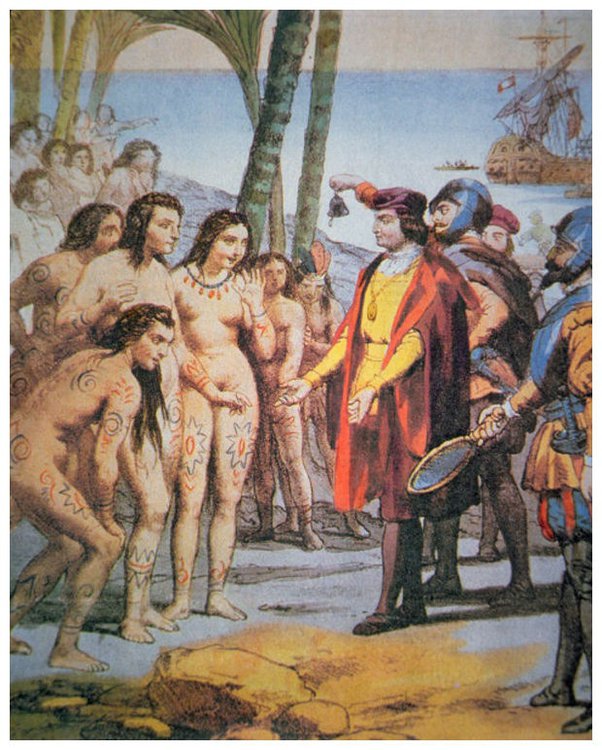 In Europe, in 1492, it was the moral thing to do to be covered head to toe. Yes, dress did sometimes accentuate some parts like cleavage in women. It was immoral to uncover body parts such as the buttocks or genitalia.

In the Americas, many tribes lived their entire lives in the nude. They went around their daily lives in the nude because the warm, humid environment year round made clothes unnecessary and and making them was a waste of time and resources.

In fact, they followed codes of conduct around relationships and sex that were in many cases even stricter than the Europeans’. The nudity was not relevant to their conduct. They were not having sex around the clock as Europeans thought.