When it comes to Scripture, don’t use exceptional circumstances to establish what should be don 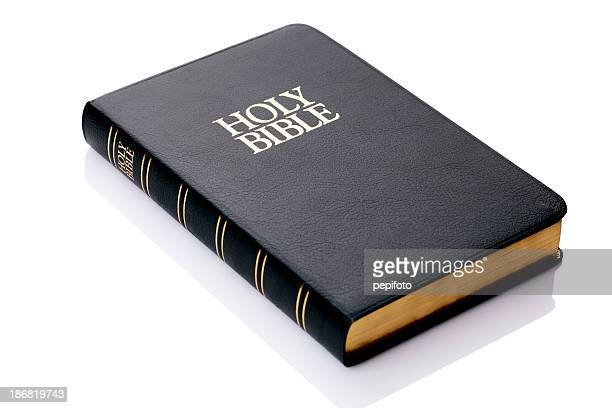 “Hard cases make bad law.” This legal maxim—a warning against taking considerations that apply to exceptional circumstances and using them to establish what should be done in ordinary circumstances—has parallels in other fields. In Scripture study, one might phrase it like this: “Exceptional cases make bad doctrine.”

Some groups have seized on something God did once or a few times in the Bible and try to make it normative for how God is supposed to work in the lives of all believers. This is done even when one can prove that one is talking about an exceptional situation.

For example, Protestants often point to the conversion of Cornelius and his household (Acts 10–11) to deny the role of baptism in salvation (cf. 1 Pet. 3:21). At the conversion of Cornelius, Peter preaches (Acts 10:34-43); his hearers respond with faith and repentance (cf. 10:43, 11:18); the Holy Spirit falls on the Gentiles (10:44-45); they speak in tongues (v. 46); and, seeing this, Peter orders that they be baptized (10:47-48). Because the Gentiles received the Holy Spirit—and thus salvation—before they received baptism, Evangelicals often conclude that baptism must convey neither the gift of the Holy Spirit nor salvation.

But the conversion of Cornelius is an exceptional circumstance. In fact, that’s the point. Up until then, Gentiles had not been admitted to the Church without first becoming Jews. To teach Peter that Gentiles were acceptable as Christians without this intermediate step, God altered the normal order of how things happen. The standard pattern, shown elsewhere in Acts and in the epistles, is for the Holy Spirit to be given in baptism, sometimes (not always) followed by speaking in tongues.

Here God changes that pattern. By giving the Gentiles graces normally associated with baptism, he shows Peter that the Gentiles are fit candidates for the sacrament—an inference Peter immediately draws (10:47-48). Later, Peter uses the same reasoning to quiet some Jewish Christians who are hostile to admitting the Gentiles directly into the Church (11:15-17), and it certainly would have taken something exceptional to convince them.

One cannot take situations like the conversion of Cornelius—which is demonstrably exceptional—and use them to show what should be the ordinary course of affairs. To show this to an Evangelical, one might point out that Cornelius’s household also spoke in tongues when they were saved. That was as much part of the pattern as the other things. Yet the Evangelical will not want to make speaking in tongues a mandatory part of salvation.

“It’s true they spoke in tongues,” he might say. “But if they hadn’t, Peter would not have known they had the gift of the Spirit. Some kind of miraculous manifestation—such as tongues—was needed to show him that.”

“Quite right,” a Catholic might reply. “But if you admit that the speaking in tongues was an exception made to teach Peter a lesson, you must also recognize that receiving the Holy Spirit early was also an exception to the normal pattern as established elsewhere. Without that exception, Peter would not have known that the Gentiles were fit candidates for baptism.”

Evangelicals also point to the thief on the cross (Luke 23:32-43) to argue that baptism is not necessary. “After all, he didn’t have to be baptized,” they say.

There are several problems with this. First, he might indeed have been baptized, since the apostles had been administering Christian baptism since the early days of Christ’s ministry (John 4:1-2). Second, his death was before the resurrection and ascension of Christ, meaning that it was still under the Old Testament economy, where baptism was not required. Third, this is an exceptional circumstance.

The thief on the cross may be an example of what God will do for people who are dying on crosses or kept alone in prison cells or otherwise in situations where they have no ability to receive the ordinary things of the Christian life like baptism. But the thief does not provide a model for the ordinary course of affairs. If he did, then the fact that he was never baptized (assuming he wasn’t) would mean that we should never be baptized, either.

But that is clearly false. Other scriptural passages state that we should be baptized. If a Protestant is willing to concede that the thief was excused from that rule due to his inability to be baptized, then he must allow the Catholic to say the same thing.

While one cannot use exceptional cases as models for the ordinary, one can use them to learn about what is possible. Consequently, one may infer from the conversion of Cornelius that God sometimes gives the Holy Spirit and salvation to a person before baptism. Since it happened once, it can happen, at least in some situations. Thus, the conversion of Cornelius’s household can be cited as an example of baptism of desire. So can the thief on the cross (assuming he wasn’t baptized).