Catholic Archbishop Salvatore Cordileone said he formally notified U.S. House Speaker Nancy Pelosi this week that she is not allowed to receive communion unless she repents of her abortion advocacy.

Cordileone, who serves Pelosi’s home district of San Francisco, said he informed the congresswoman of his decision Thursday after repeated attempts to speak with her about the “grave evil” that she is supporting.

Pelosi professes to be a devout Catholic but supports the killing of unborn babies in abortions up to birth and wants to force taxpayers to pay for their deaths.

In a letter published Friday on the archdiocese website, Cordileone explained his decision to deny communion to the Democrat leader:

“After numerous attempts to speak with her to help her understand the grave evil she is perpetrating, the scandal she is causing, and the danger to her own soul she is risking, I have determined that the point has come in which I must make a public declaration that she is not to be admitted to Holy Communion unless and until she publicly repudiate her support for abortion ‘rights’ and confess and receive absolution for her cooperation in this evil in the sacrament of Penance.”

The archbishop stressed that his decision is “pastoral, not political” and he did not find any pleasure in it. Cordileone said he also has been praying for Pelosi and urging others to join him in the hopes that she will repent and recognize the value of all human life. 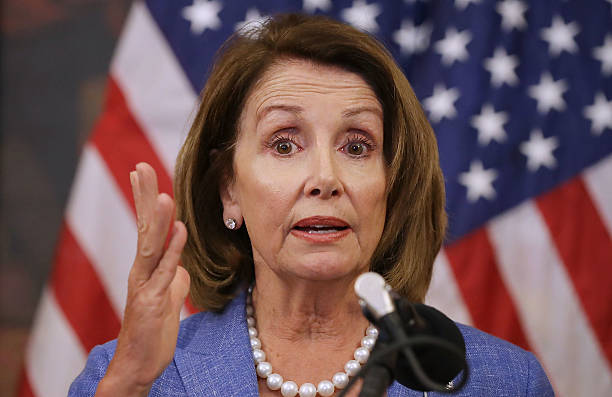 Pelosi, a Democrat leader, often mentions her Catholic faith while supporting radical pro-abortion policies that most Americans oppose. Under her leadership, the U.S. House passed a radical pro-abortion bill last fall that would legalize abortions for basically any reason up to birth nation-wide even if Roe v. Wade is overturned.

At the time, Cordileone said the legislation amounts to “child sacrifice” and chastised Catholic politicians who support it. He said the bill is what “one would expect from a devout Satanist, not a devout Catholic.”

A few days later, Pelosi laughed at the archbishop’s statement at a press conference, saying she and Cordileone “have a disagreement about who should decide this.”

This week, Cordileone said he has received many letters from concerned Catholics about Pelosi misleading the public about abortion. And for a long time, he said he tried to be cautious, giving Pelosi the chance to repent and making attempts to talk with her before taking any action.

However, Cordileone said Pelosi’s continuous refusal to repent, her increasingly extreme pro-abortion actions and her public contempt for even Pope Francis’s pro-life teachings prompted him to act.

He thanked everyone who has joined him in praying for Pelosi through the Rose and Rosary for Nancy Campaign and asked people to continue praying for her change of heart.

“May God grant us the grace to be true advocates for the dignity of human life, in every stage and condition of life, and to accompany, support and love women who otherwise would be alone and afraid at a most vulnerable time in their lives,” the archbishop said.

Many U.S. bishops and priests have expressed concerns that pro-abortion Catholic politicians like Pelosi and President Joe Biden are “creating scandal” for the Catholic Church by encouraging evil. They have said the church must do something to make it clear that Catholics cannot support the killing of unborn babies in abortions and must repent before participating in Communion.