Protestants might say yes, but the Frenchman St. Louis de Montfort would likely give an emphatic no. 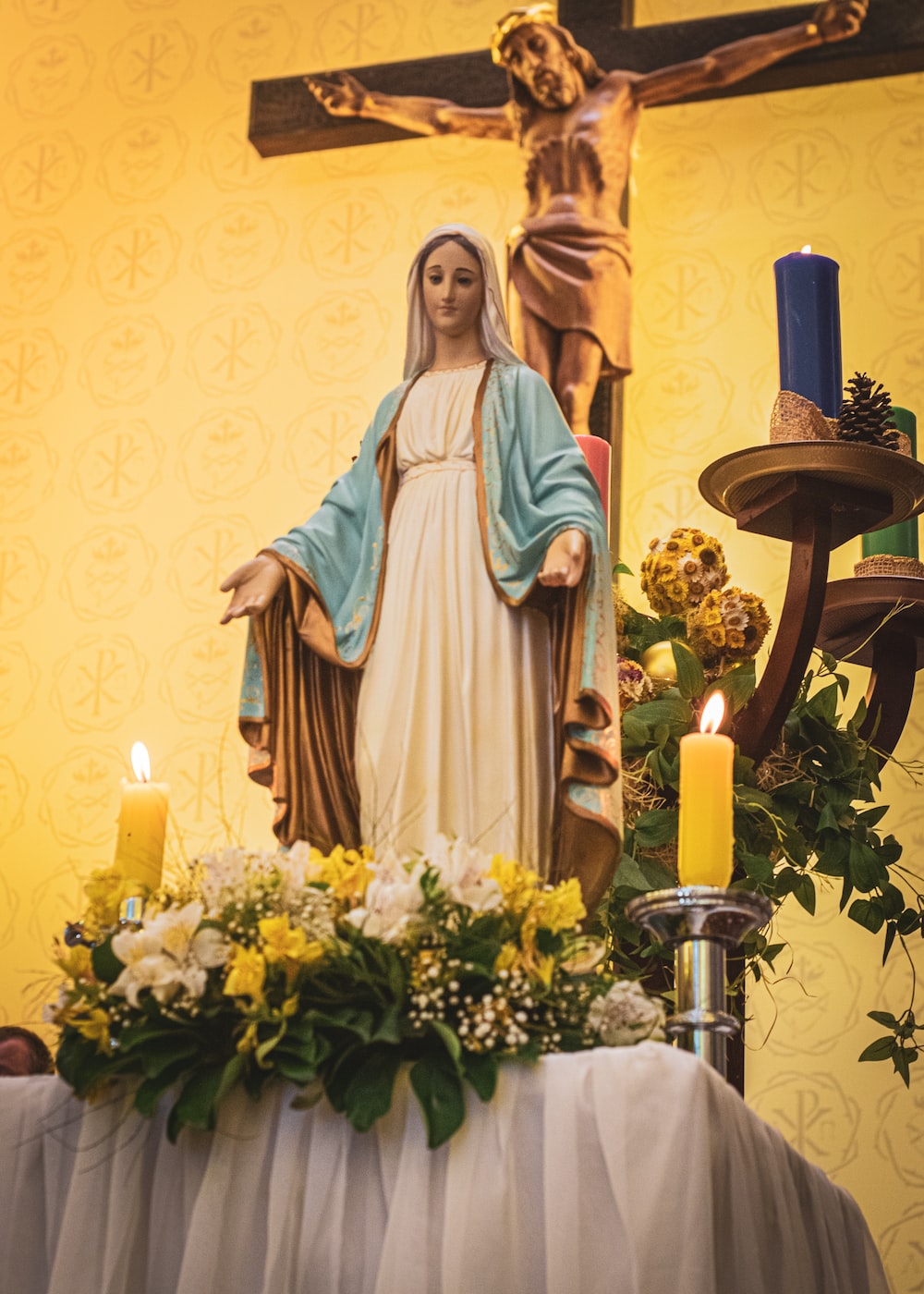 There’s not much romance in theology. That’s why the two can clash: the syllogisms of the former despise the sentiments of the latter, or the drive to be theologically perfect in the one runs up against the desire to be theatrically passionate in the other.

But God has established a Church for the logicians and the lovers alike. As there are many types of personality, so are there many types of spirituality, and in her wisdom, the Church provides many religious orders, many forms of prayer and worship.

St. Louis de Montfort was, as a Frenchman, one of the high romantics of the Roman Catholic faith. Though he wrote a good deal and preached a good deal more, scholars have rarely found his efforts good. Especially critical are those who see in this eloquent and courtly champion of Our Lady a type of Mary-olatry, to the point where Louis puts more stock in the Mother of God than in God Himself.

But here is where the poetry of this knight lies. Those who miss the man’s poetry will miss the man.

Born in 1673, Louis Marie Grignion led the charge of his eight siblings, of modest parentage and means, in the town of Montfort in the northwest of France. He took his education with the Jesuits in Rennes and, inspired by the gallant history of the knight-priest Ignatius of Loyola, he went to Paris to pursue his own call to holy orders.

With his ordination in 1700, Louis carried out priestly duties in Nantes while training for mission work in France or the French colonies in the New World. He also worked as a hospital chaplain during this time, and it was while tending to the sick and poor that he formed a holy order of reformation in this ministry—and a core of female followers, who would become the congregation of the Daughters of the Divine Wisdom.

Like so many reformers, Abbé Louis was blasted and blistered with criticism and mistrust. He was eventually forced to step away from his position in the hospital. People wondered at his emphasis on angels and the indispensable role of the Blessed Virgin in the course of salvation, and they questioned the dramatic way in which he presented the Faith to simple folk.

Under these disparagements, Louis turned to the streets to help the poor, but even there, his detractors influenced the Bishop of Poitiers to forbid Louis to evangelize. So Louis went to Rome to appeal to Pope Clement XI. The pope was favorably moved and sent him back to France with the title of apostolic missionary. Louis returned to his native land of Brittany in the northwest to lay the groundwork of his mission.

Though Louis de Montfort was beloved and successful in nearly every parish, his reputation as a startling and sensational preacher never left him. He was especially shunned by those in thrall to Jansenism, who strongly suspected, or even heretically rejected, the beauty of the soul that falls in love with Mary and Jesus to save itself from damnation.

To be fair, with all his passion, Abbé Louis could be shocking. Sometimes he would make an effigy of the devil and dress it up in the gaudy clothing of a society woman. Setting up this grotesquerie in the public square, he would call for people to bring out their secular or sinful books and make a great heap of them before his infernal mannequin. Then he would light them on fire and hurl the stuffed imp on the blazing pyre, to the delight of some and the disturbance of others.

At other times, Louis would fervently enact the struggle of a dying sinner as an angel and a devil wrangled for his soul. He was known for drama and flair in these “performances”—not the pulpit fare that most were accustomed to, with desperate thoughts, devilish entrapments, and holy sentiments put into angelic dialogue.

It is here, in the realm of the poetic preacher, that Louis falls prey even now to denouncement, as too flamboyant or far afield in his devotion to Mary. His enduringly popular treatise (despite naysayers), True Devotion to Mary, may at times be flowery or fantastic in its treatment of the power of the Mediatrix of all Graces, but its intention is to sound a chord of love. As a lover of the Mother of God, Louis speaks in the language of love: poetry. He even sang hymns and recited metered prayers that he wrote himself for his congregation.

Catholics may stumble and be suspicious when they hear Louis say with imaginative drama that the “Hail Mary” was Mary’s favorite prayer to recite, but they are missing the angle of his approach. Louis was not being obscene in his exaltation of Mary and the angels or in his unconventional displays as a preacher. He was being poetic. And poetry should always be unconventional. If it takes no risk, if it stays on safe territory, it will not shake the soul into new vistas of wonder beyond the reaches of logic and rhetoric. It is in those realms, beyond logic and rhetoric, St. Thomas Aquinas taught, where poetry reigns.

Poetry is not dogmatic, in any case. It is expressive of an essence beyond the texts of dogma to delineate. There is, therefore, a romance that is proper to the spiritual life, for the mode of romance emphasizes and exults in perfection, and this divine quality should be the hopeful beginning and the joyful end of any spiritual journey. As John Senior, another poetic and impassioned soul, wrote in The Restoration of Christian Culture,

the Camino Real of Christ is a chivalric way, romantic, full of fire and passion, riding on the pure, high-spirited horses of the self with their glad, high-stepping knees and flaring nostrils, and us with jingling spurs and the cry “Mon joie!”—the battle cry of Roland and Olivier. Our Church is the Church of the Passion.

With rosary in hand, Louis sallied through France like a knight errant for his lady, with all the romance of religion aflame in his heart, bringing the heat of his passion to rough sailors from market boats, young hooligans dancing in the street, and the entrenched Calvinists of La Rochelle. All turned to Louis de Montfort and, in so doing, turned to Our Lady and Our Lord.

Louis was only forty-three when he passed away from a sudden illness, dying as unexpectedly as any dramatic tale might have it. But his dramatic tale is true, and one that reflects the poetic, romantic side of the Catholic faith and the wonders of Mary, whom, to borrow a phrase from Chesterton that Louis would have adored, “God kissed in Galilee.”