A top Hollywood executive and major donor to the Democrat party, Weinstein is currently under fire after being accused by numerous females of rape and sexual assault.

Broaddrick, who alleges to have been raped by Bill in 1978, stated on social media that Hillary has kept quiet about her husband’s own behavior for decades. 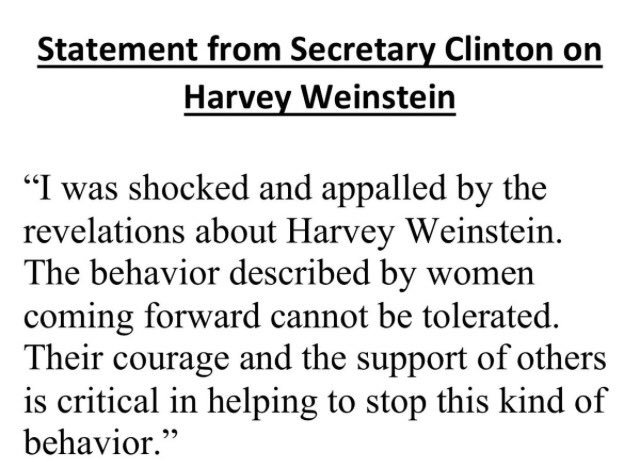 Hillary, you weren’t shocked or appalled. You have lived with that same behavior from your husband for decades.

“Hillary, you weren’t shocked or appalled,” Broaddrick tweeted. “You have lived with that same behavior from your husband for decades.”

Audio released by The New Yorker Tuesday indicates Weinstein admittedly groped and harassed a model against her will.


Numerous Hollywood stars have now come forward to either deny knowledge of Weinstein’s behavior, or to accuse the high-level producer of sexual misconduct.

Despite what seem to be abhorrent actions by Weinstein, left-leaning Hollywood elitists have been slow to condemn the alleged sexual predator.