Source: The crackpots were right: COVID is a racket

(Washington, DC) – Judicial Watch announced today that it received 221 pages of records from the Department of Health and Human Services (HHS) which include a grant application for research involving the coronavirus that was submitted in 2018. The grant application appears to describe “gain of function” research involving RNA extractions from bats, experiments on viruses, attempts to develop a chimeric virus and efforts to genetically manipulate the full-length bat SARSr-CoV WIV1 strain molecular clone.

[S]ome background on our support of the Ecohealth group (Peter Daszak et al), which has for years been among the biggest players in coronavirus work, also in collaboration with Ralph Baric, Ian Lipkin and others. [Redacted].

NIAID has been funding Peter’s group for coronavirus work in China for the past 5 years through [grant] R011R01A|110964: “Understanding the Risk of Bat Coronavirus Emergence.” That’s now been renewed, with a specific focus to identify cohorts of people highly exposed to bats in China, and work out if they’re getting sick from CoVs.… Collaborators include Wuhan Institute of Virology (currently working on the nCoV) and Ralph Baric. The results of the work to date

Also, prior to the above R01, Peter’s folks worked under an R01 with Eun-Park as Program Officer on viral discovery in bats, and originally identified SARS-CoV as having a likely origin in bats (published in Science).

Folkers forwards the message to Anthony Fauci and others.

In a “Notice of Award” dated July 13, 2020, the NIH increased the amount of NIH money going to Peter Daszak’s firm, EcoHealth Alliance, by $369,819 with a project period that runs from June 1, 2014, through June 30, 2025, for Daszak’s project “Understanding the Risk of Bat Coronavirus Emergence.”

The award’s writers specifically direct funds “for activity with Wuhan Institute of Virology in the amount of $76,301” and “for activity with Institute of Pathogen Biology [located in China] in the amount of $75,301.” Funds also went to the University of North Carolina-Chapel Hill. The award’s writers also indicate that research associated with the award was also being conducted at East China Normal University in China and to Duke-NUS Medical School in Singapore. The specialists overseeing the award note that, “This award may include collaborations with and/or between foreign organizations.” The specialists also note that award grantees using “Highly Pathogenic Agents” “may warrant a biocontainment safety facility of BSL3 or higher.” The grantee is also required to report “Any changes in the use of the Agent(s) or Toxin(s) including its restricted experiments that have resulted in a change in the required biocontainment level, and any resultant change in location.” The NIH Grants Management Specialist overseeing the award was Shaun W. Gratton and the NIH Program Official was Erik J. Stemmy. Of the 17 “Senior/Key Personnel” assigned as researchers on the project, seven worked at Chinese institutions.

The site locations in an EcoHealth grant application submitted November 5, 2018, for coronavirus research included EcoHealth Alliance in New York City, the University of North Carolina in Chapel Hill, the Wuhan Institute of Virology, and the Institute of Pathogen Biology in Beijing, China. Among the “aims” listed, the applicants write, “We will sequence receptor binding domains (spike proteins) to identify viruses with the highest potential for spillover which we will include in our experimental investigations.” In the third “aim”, they continue “We will use S protein sequence data, infectious clone technology, in vitro and in vivo infection experiments and analysis of receptor binding to test the hypothesis that % divergence thresholds in S protein sequences predict spillover potential.”

In a description of the Wuhan lab, the writers of the application note that, “The Wuhan Institute of Virology is a World Health Organization collaborating center” and had a “long-time (>15 years) partnership with EcoHealth Alliance.”

In his “personal statement” in the grant application, Dr. Peter Daszak writes about his “20+ years of NIH-funded research.” Among his awards, Daszak notes he was a 1999 recipient of the CDC’s “Meritoriouos service award,” had a species of centipedes named after him (“Crytops daszaki”), as well as having a “new parasite species” named after himself (“Isospora daszaki”), and is an elected member of the Kosmos Club in Washington, DC. He also says he’s a member of the U.S. “National Institute of Medicine” which he abbreviates as “NAM.” In his “Contributions to Science,” Daszak notes, “Collaborating with virologists in China, we have isolated and characterized SARS-like CoVs from bats that use the same host cell receptor (AACE-2) as SARS-CoV.”

In a personal biography section of the above grant application, Dr. Shi Zhengli, head of the Wuhan Institute of Virology, notes that one of her ongoing research projects, with a duration of January 1, 2018, to December 31, 2021, and sponsored by the National Natural Science Foundation of China, involves, “Evolution mechanism of the adation [sic] of bat SARS-related coronaviruses to host receptor molecules and the risk of interspecies infection.”

Prof. Ralph Baric of UNC-Chapel Hill also has his biographical information listed in the grant application, and this includes his participation in a 2015 workshop relating to “Trends in Synthetic Biology and Gain of Function and Regulatory Implications”, a 2015 China-US workshop involving “Challenges of Emerging Infections, Laboratory Safety, and Global Health Security,” and participation in a 2014 working group on “Risks and Benefits of Gain of Function Research.” Among Baric’s “major accomplishments” cited was a study involving “reconstruction of civet and bat CoV from in silico sequence, the first reported recovery of recombinant bat viruses, and characterization of host range phenotypes in vitro and in vivo.” Baric writes that “Several CoV infectious cDNA clones are available in the lab, including SARS-CoV, MERS-CoV, conventional human and model CoVs, and several bat CoVs with pandemic potential.”

A communique issued at the end of the Diocesan Pastoral Congress of the Catholic Diocese of Sokoto, Northwest Nigeria held at St. Bakhita Catholic Secretariat,  7–8th December 2021.

We the Catholic Diocese of Sokoto at the end of our first Pastoral Congress having prayerfully reflected on issues affecting the Church and the family, observe the following:

It is clear that “the family more than any institution has been besieged by the many profound and rapid changes that have affected society and culture. Many families are living this situation in fidelity to those values that constitute the foundation of the institution of the family.  Others have become uncertain and bewildered over their role or even doubtful and almost unaware of the ultimate meaning and truth of conjugal and family life.”

3.0 The state of the family in recent times

Today, the family and the Church are under attack, ranging from single parenthood, test-tube babies, pornography, open homosexuality, indoctrination of youth, redefinition of marriage, divorces, contraception, legalized abortion, etc., are reshaping the traditional understanding of what the family ought to be.

“Male and female, he created them” (Gen. 2:18). Given the Divine mandate, the Church cannot be silent in the face of these distorting realities. The Mission of the Church is rooted in the divine mandate (Mt.  28:19-20). Therefore, the Church in her response to these invites all the baptized (the mystical body of Christ) to participate in witnessing to the family values. Moral authority is crucial for good governance and the proper ordering of family values.

5.0 The Roles of Pastoral Agents

Pastoral agents have the responsibility to restore family values. They should not be scared of checking on and supporting families when the need arises to enable them to rise above the challenges confronting them, such as the role of mentoring, assisting those you are preparing for marriage, single parents, marriages in difficulties, children of delinquent parents, children of those discriminated, assisting young couples who find themselves in the context of these challenges. Therefore, the Church should come up with programmes that would assist families, reinforce the marriage preparation programme and lay apostolate associations in the Church should conscientize their members on the need to be closer to their children and be interested in what they do while growing up. The family institution should regenerate itself with a proper commitment by spouses reorienting their children.

We, therefore, resolve as follows:

As we conclude the year of St. Joseph, on this day of the Solemnity of the Immaculate Conception of the Blessed Virgin Mary, we resolve to emulate the Holy Family of Jesus Mary and Joseph. We give thanks to God for keeping us together as a Church. As Christians, we must be prayerful and remain focused. We must continue to pray to God to help us remain faithful to our Christian values.

Protestants claim that Scripture has no evidence of the Immaculate Conception of the Virgin Mary. But in fact, the evidence is all over the place.

Source: Where Is the Immaculate Conception in the Bible?

Family values are the fundamental principles and beliefs that guide and determine how members of a home function and interact with the larger society. They are the principles upon which a family is founded, and they are often passed down from generation to generation. Family values, in most cases, are not static; they change and evolve with time and with every new development in the home.

Family values, especially of the traditional kind, are the fundamental principles and beliefs that are held to promote the sound functioning of the home and to strengthen the fabric of society. Family values involve all the ideas of how a family exists and functions, and they are often passed down from previous generations. They include social, moral, religious, economic, and political principles that a family holds as important and believes in. These principles are also used as a compass for guiding the home’s stance or decision on certain matters in society.

Family beliefs define what you think is essential and what is good. They help teach kids the difference between right and wrong. They are beliefs, ideas, and principles that are specific to your home and how it functions.

We have to look to what is happening in the family to find out why people are so impatient, why they are so disrespectful, why they don’t understand the role of authority; all of these things we learn as part of the family.

I thought I should liken family values to a compass: They should serve to guide a family toward the kind of people they want to be and, ultimately, the kind of life they want to live. Establishing a well-defined culture can help each member grow in character and make decisions, ultimately creating a happier family and preparing kids for a successful transition into adulthood. 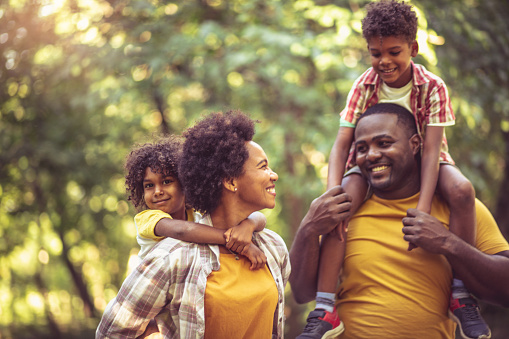 I need to mention a few of such values: